The health benefits of Green Tea – All you should know!

All types of tea, except herbal tea, are brewed from the dried leaves of the Camellia Sinensis bush, with the level of oxidation of the leaves determining the type of tea.

Tea is the most consumed beverage in the world behind water, but about 78% of the tea consumed worldwide is black and only about 20 % is green.

Green tea is native to China and India and has been consumed and welcomed for its health benefits globally.

With origins going back as far as 5,000 years, green tea is frequently drunk and widely grown in the Far East where the health assets are well regarded.

Green tea is made from unoxidized leaves and is one of the less treated types of tea. White tea is the least.

Green tea, therefore, contains the most antioxidants and beneficial polyphenols. 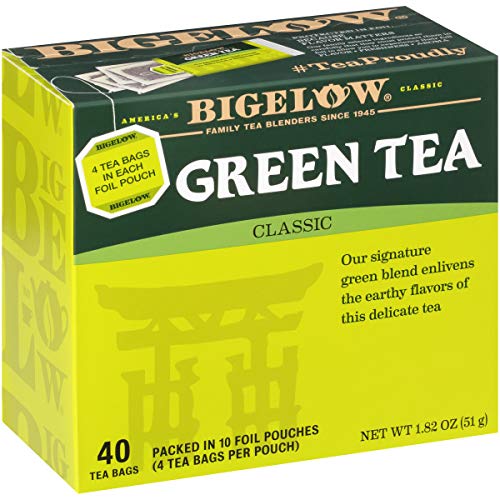 There are many health claims surrounding green tea from a reduced risk of cancer to weight loss, with the evidence to support these claims, being largely inconclusive.

However, some of the health claims are based on ancient Eastern traditions, where green tea has been used to treat symptoms of the disease for years.

Green tea is loaded with antioxidants and nutrients that have powerful effects on the body.

This embraces improved brain function, fat loss, a lower risk of cancer and many other sound benefits.

In a clinical trial published by the American Society for Nutritional Sciences, it was found that numerous studies suggested that the consumption of tea may bring positive health effects, as a result of the high levels of flavonoids, antioxidants that hunt free radicals.

The benefits of flavonoids include, but are not limited to: Fighting Viruses, Helping Prevent Cancer, Preventing Inflammation, and Helping with Allergies.

The Health Benefits of Green Tea

It is loaded with polyphenols like flavonoids and catechins, which function as powerful antioxidants, acting to reduce the formation of free radicals in the body, protecting cells and molecules from damage.

These free radicals are known to play a part in aging and all sorts of diseases. Green tea also has trivial amounts of minerals that are important for health.

One of the more dominant compounds in green tea is the antioxidant Epigallocatechin Gallate (EGCG), which has been studied to treat various diseases. It may be one of the main reasons green tea has such powerful healing properties.

Green tea may promote a small, non-significant weight loss in overweight and obese adults, with an analysis of published studies in 2011 suggesting that consuming green tea, either as a beverage or in capsule form, was linked to significant but modest reductions in total bad cholesterol or LDL.

Drinking green tea or coffee on a regular basis is associated with a reduced risk of stroke, according to a study published in the Journal of the American Heart Association.

It was suggested that you may make a small but positive lifestyle change to help lower the risk of stroke by adding daily green tea to your diet.

Green tea doesn’t just keep you awake, it can also make you cleverer. It contains a key active ingredient, caffeine, which is a known stimulant.

It has enough to produce a positive response without causing the negative effects associated with too much caffeine as found in coffee.

The work of caffeine in the brain is to block an inhibitory neurotransmitter called Adenosine, and by so doing, increases the firing of neurons and the concentration of neurotransmitters like dopamine and norepinephrine.

Caffeine has been intensively studied before and is believed to consistently lead to improvements in various aspects of brain function, including improved mood, vigilance, reaction time and memory.

In addition, green tea contains more than just caffeine, since it also has the amino acid L-theanine, which is able to cross the blood-brain barrier.

L-theanine increases the activity of the inhibitory neurotransmitter GABA, which has anti-anxiety effects on the brain.

L-theanine also increases dopamine and the production of alpha waves in the brain.

Research in print, in the journal Psychopharmacology, suggests that green tea can enhance our brain’s cognitive functions, particularly the working memory.

The research findings suggest that green tea could be promising in the treatment of cognitive impairments associated with neuropsychiatric disorders, such as dementia.

According to the National Cancer Institute, the polyphenols in tea have been shown to shrink tumor growth in laboratory and animal studies and may help protect against harm caused by ultraviolet UVB radiation.

In those regions where green tea consumption is high, cancer rates tend to be lower.

However, it is impossible to know for sure whether it is the green tea that prevents cancer in these particular populations or other lifestyle factors.

Scientists believe that it is the high level of polyphenols in tea that helps kill cancerous cells and halt them from growing.

However, the exact devices by which tea interacts with cancerous cells is still unknown, and in 2005, the Food and Drug Administration (FDA) stated that there is no credible evidence to support qualified health claims for green tea consumption and a reduced risk of gastric, lung, colon/rectal, esophageal, pancreatic, ovarian, and combined cancers.

Green tea and its heart benefits

A 2006 study published in the Journal of the American Medical Association, of over 40,000 Japanese participants between the ages of 40 and 79 for 11 years (starting in 1994), who drank at least 5 cups of green tea per day had a significantly lower risk of dying, especially from cardiovascular disease, than those who drank less than one cup of tea per day.

This is probably because Green tea contains catechins, polyphenolic compounds that are thought to exert numerous protective effects, particularly on the cardiovascular system.

A 2007 study established that green tea could be used as a new treatment for skin disorders such as psoriasis and dandruff.

The researchers studied an animal model for inflammatory skin diseases, often characterized by patches of dry, red, flaky skin caused by the inflammation and overproduction of skin cells, and those treated with green tea showed slower growth of skin cells and the presence of a gene that regulates the cells’ life cycles.

Green tea side effects and risks

There are little known side effects or contraindications to drinking green tea for adults. However, the following risks or complications may be experienced:

Please log in again. The login page will open in a new tab. After logging in you can close it and return to this page.